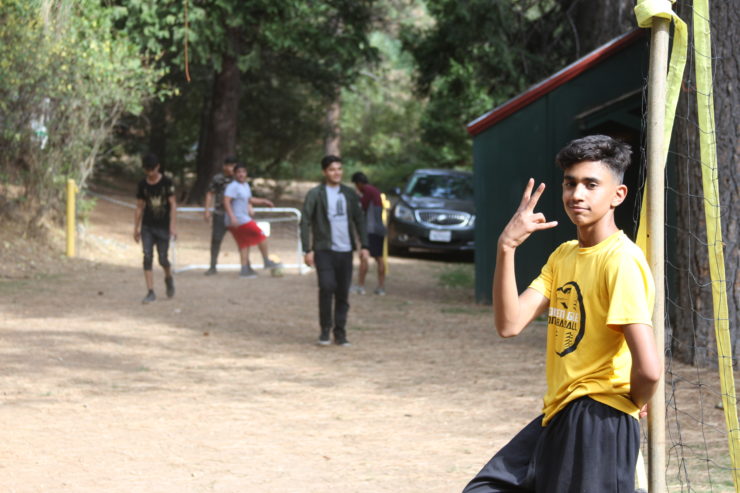 I was going to write a blog post about our weekend camping with our students. In fact I wrote and was editing it when one of co-workers wrote a far better blog post about the same camp. So I wanted to highlight Angela Lee’s amazing post.

Sometimes working with students is incredibly challenging and can push us to the limits of our patience.

An example of this is our most recent camping trip. We took students north to a small summer camp facility near Nevada City, California. Hidden deep in the woods is this secluded mountain camp fit with cabins and bunk beds, surrounded by nature, streams, and beautiful fall colors as the trees have started turning, and then 25 crazy StudentReach campers and staff.

We love taking students on this trip because it gives us an awesome opportunity to build relationships with our kids and give them a chance to get out of their comfort zones, away from their homes and the bustle of the city, and experience the beauty of nature as well. However, this particular camping trip was disrupted by one very challenging student who wasn’t able to control himself during activities, group times, or even just riding on the bus.

It is not an exaggeration to say this student pushed us to the limits this weekend. By the end of our time together, after reminding him many many times of what behavior is allowed and issuing corrective punishments (like moving to the front of the bus), it became clear to us that this student was in his own way trying to push us to the point of giving up on him.

The saying goes, “Hurt People, Hurt People.” Maybe you’ve experienced this in your life or with someone you know, they hurt or push you away, but deep down it’s because they don’t want to get hurt themselves. This student’s behavior was much like that. He wanted to push us to quit on him, he even was pushing his friends to quit on him. He was simultaneously pushing everyone away, and yet craving attention at the same time. But as teachers and mentors we worked together to recognize the deeper issues. He is a good student, who has been a part of our program for several years. He has been a handful before but never to this degree or in such an obvious way of disrespecting us and others around him.

We all have our own stories of pain. We all have been guilty of acting out rather than opening up our wounds and showing weakness. For this student, his pain involves fleeing home because of war and violence, being forced into appalling living situations in refugee camps, then moving to the US where he can’t speak the same language, doesn’t have any friends, and has tremendous culture shock. But those don’t seem to be the only reasons he is acting out, he has shared these parts of his story with us over the last several years. So, what is going on deeper? Is there something going on with his family? Is there a relationship in his life that has been severely broken? Has someone important in his life given up on him? Has his family given up on him? Is he ignored at home?

That’s a lot of pain, anger, and hurt to dig through. But we are committed to continuing to reach out. We will continue to stand here and offer open arms and open hands.

Like I said earlier; sometimes working with students is incredibly challenging and can push us to the limits of our patience. But it is also incredibly rewarding.

We are investing in their futures, and we are invested in this student’s future. The results do not always come easily or quickly, but it’s worth it. It’s crazy to see the difference in students who have continued to come and grow, especially compared to the newer students who are acting just like they used to.

Don’t give up on them. The future is in their hands and it is worth our time, effort, and huge amounts of patience, to make sure we do everything we can to help them – which means helping them understand the consequences to their choices, allowing them to make mistakes, and sometimes drive us crazy, but we won’t quit. We will be here continuing to talk them through their choices, their pain, what they can be if they apply themselves, and their future.

So when those challenging times come, don’t quit on them. Help them think about why they are making those decisions. Help them dig deeper, to figure out the hurt and pain going on underneath their actions because there always is something deeper going on.

Angela joined StudentReach in 2015, and since then she has brought a cherry disposition and strong work ethic to everything she does. If you have met Angela you like her. If anyone can make lunch making interesting they must be worth being friends with. Find out more about Angela at leelife.org 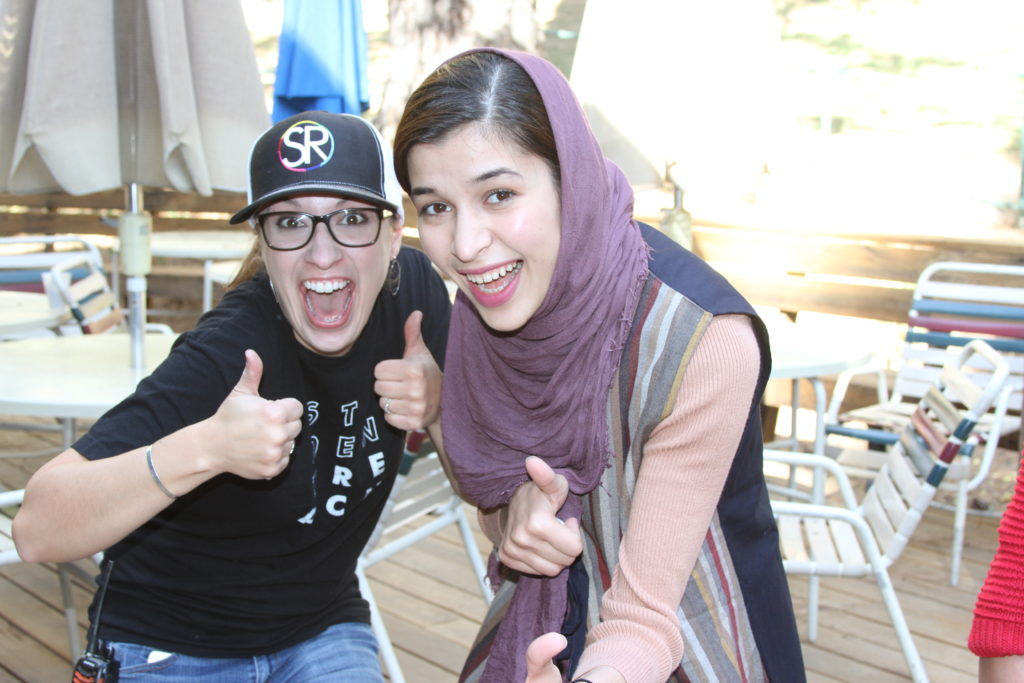