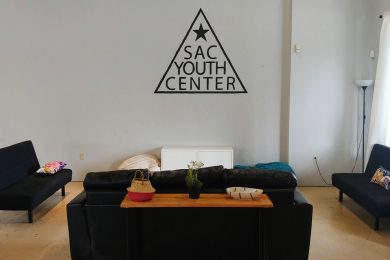 Would you choose your pinky or the lives of 100 million people you have never met? Now, are you being honest with yourself? The same year the American colonies decided to become their own nation Adam Smith created modern economics with a book The Wealth of Nations. 17 years before that he wrote another book called The Theory of Moral Sentiments. In this book Smith asked a very interesting question. Which would cause you more distress, the death of 100 million Chinese (or people you didn’t know) or the loss of your pinky.

Now I think most people would react initially with of course the death of 100 million people we don’t know would cause me more distress, and that is how I reacted until I heard the rest of Smith’s explanation. Imagine you heard 100 million people you didn’t know have died in a horrible tragedy. You would be horrified, you would react with sympathy. After some time went by though you would head home, watch Netflix, eat dinner and go to bed, a probably sleep soundly. Even though you had heard tragic news earlier, it would ultimately not affect your life very much.

Now imagine you found out you had a disease and tomorrow morning you will have to have your pinky removed. I think most of us would react quite differently, this would cause us a great amount of distress. I don’t know about you but I would not be able to go on with my day. I wouldn’t be able to do anything because I would so sick to my stomach.

After Smith discusses this point he asks; would you cut off your pinky to save 100 million strangers?

It is hard to imagine how this situation was created that your pinky would save 100 million people. However most of us would say, yes we would. Especially if others knew your decision. If we knew for sure no one else would ever find out we might make a different. The point is, most of us would choose to cut our pinky off to save 100 million people, because most people feel like someone is watching. Smith calls this the ideal observer, some of us might call it a conscience, or a higher power, bottom line is most people feel accountable to someone. We feel like someone is watching us.

I have found that living your life like someone is watching is a good model. No matter what you believe in, if you live like you are being watched you will save yourself a lot of heartache. You will always tell the truth, you will never steal, or cheat.  You will save yourself a lot of trouble if you live like someone is watching you. If we live our lives like we are always being watched we will be much happier as people, we will have a less stressful existence. Try living like your being watched by the “ideal observer”.